Jonathan Gash is a pen-name used by English doctor and novelist John Grant, under which he has written over 35 crime fiction books.


We have the following book(s) in stock 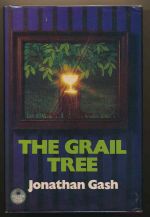 Gash, Jonathan
Collins [for] The Crime Club
An ex-clergyman, who claims he has the Holy Grail, is murdered after confiding in Lovejoy. The third book in the series.
£40.00
Read More 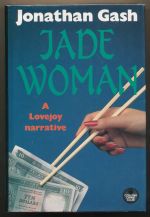 Gash, Jonathan
Collins [for] The Crime Club
The dodgy dealer flees to Hong Kong and gets involved in a Triad antiques scam. The twelfth book in the Lovejoy series.
£5.00
Read More